fluid miami - aerial metro station is a concept proposal for a new station in downtown miami, designed by architect david tajchman. his design is meant to provide the city's centre with an elevated public transportation system and metromover situated on the north edge of museum park. the hovering futuristic hub can be accessed by car and foot. the streamline biomorphic form of the station is a seamless tunnel which includes circular cut-outs throughout its roof and sides to let natural sunlight into the space. its undulating base alleviates traffic flow by allowing people to pass below the station's structure rather than only around it. 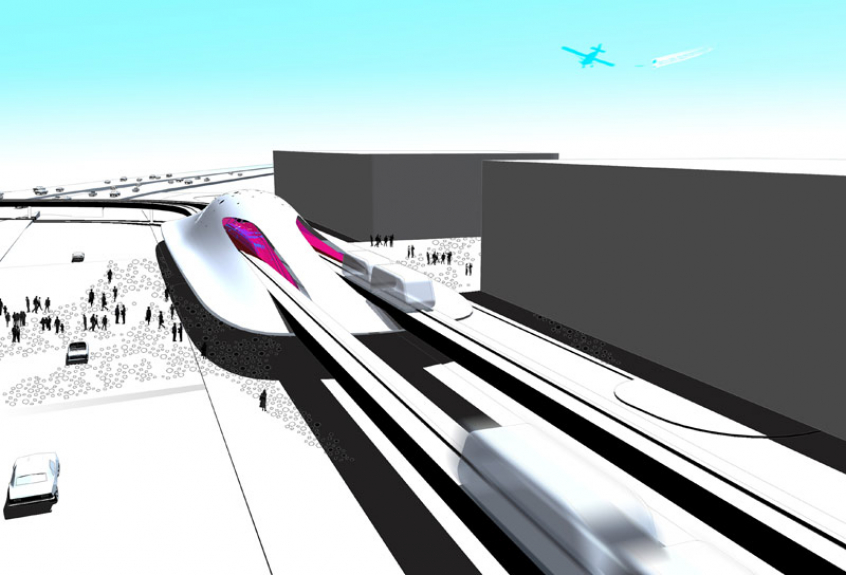