The house is made of two floors, measuring 6m x 6m, plus a basement. It was a terrible mess, as the previous owners had stored trash in many of the rooms and in the yard at the rear. Also, the layout of the rooms was very bad. There were partition walls everywhere, dividing both the ground and first floors into four rooms and the staircase was in the middle of the plan. The former bathroom was in a blind space with no natural light and a corridor used up a lot of space on the ground floor.
We wanted to create a design that maximized living spaces, improved the relationship with the garden, brought in natural light and better connected the three floors. We also wanted to introduce a futuristic element that revealed the existing structure and integrated the client's special video projection equipment.
The concrete and brick rubble from the demolition of the internal walls was used to raise the level of the back yard to that of the ground floor. We decided to create a raised terrace and a garden. 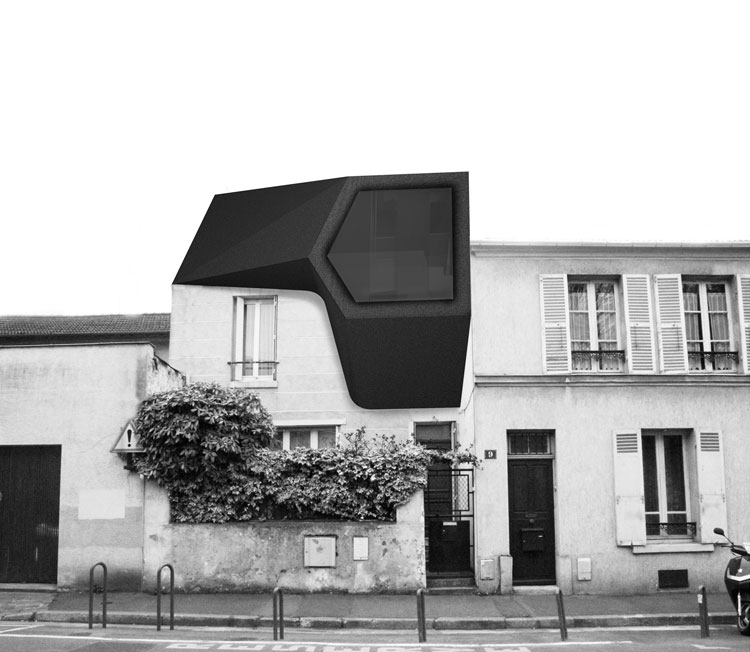 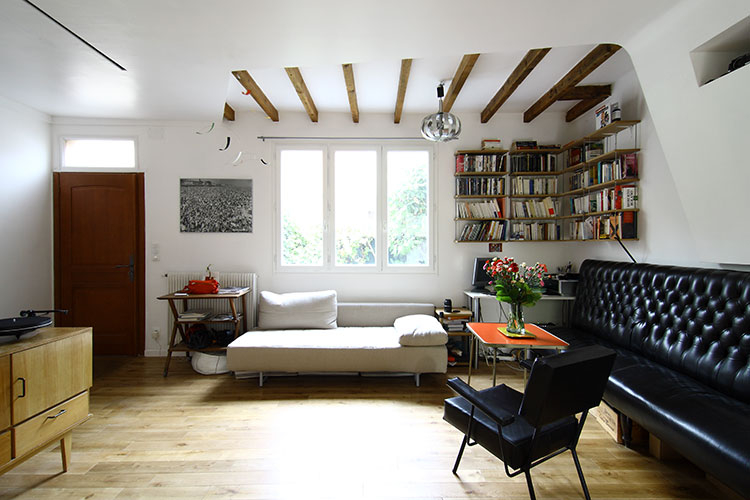 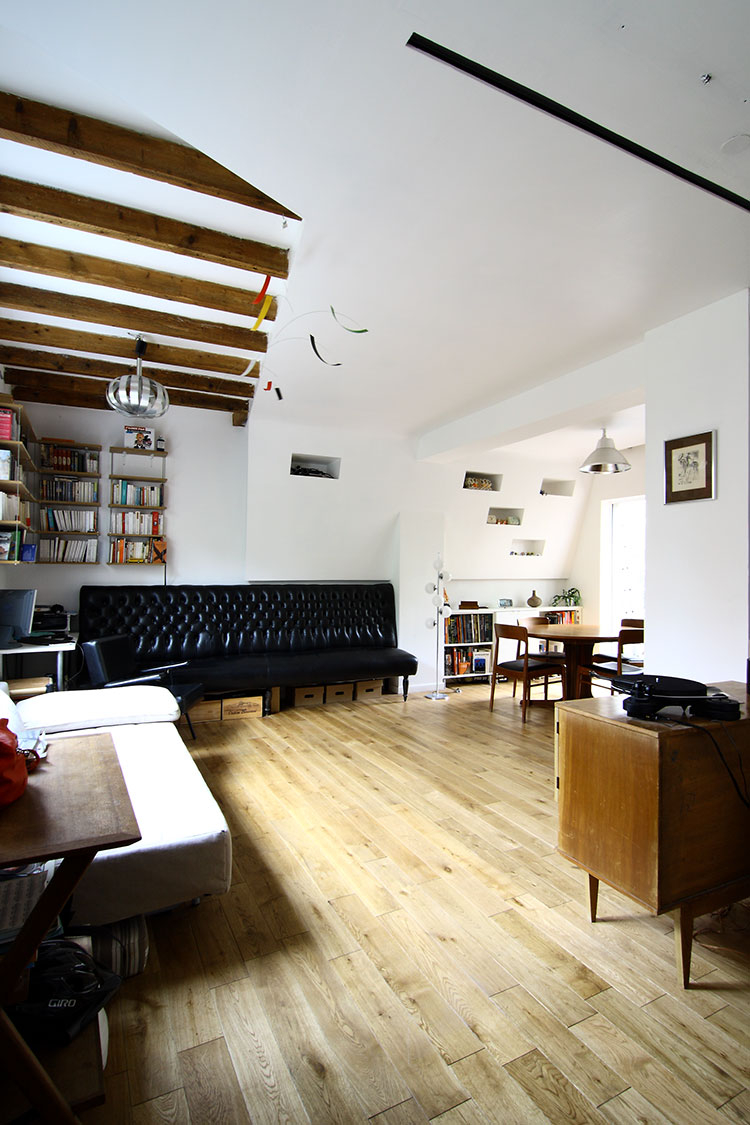 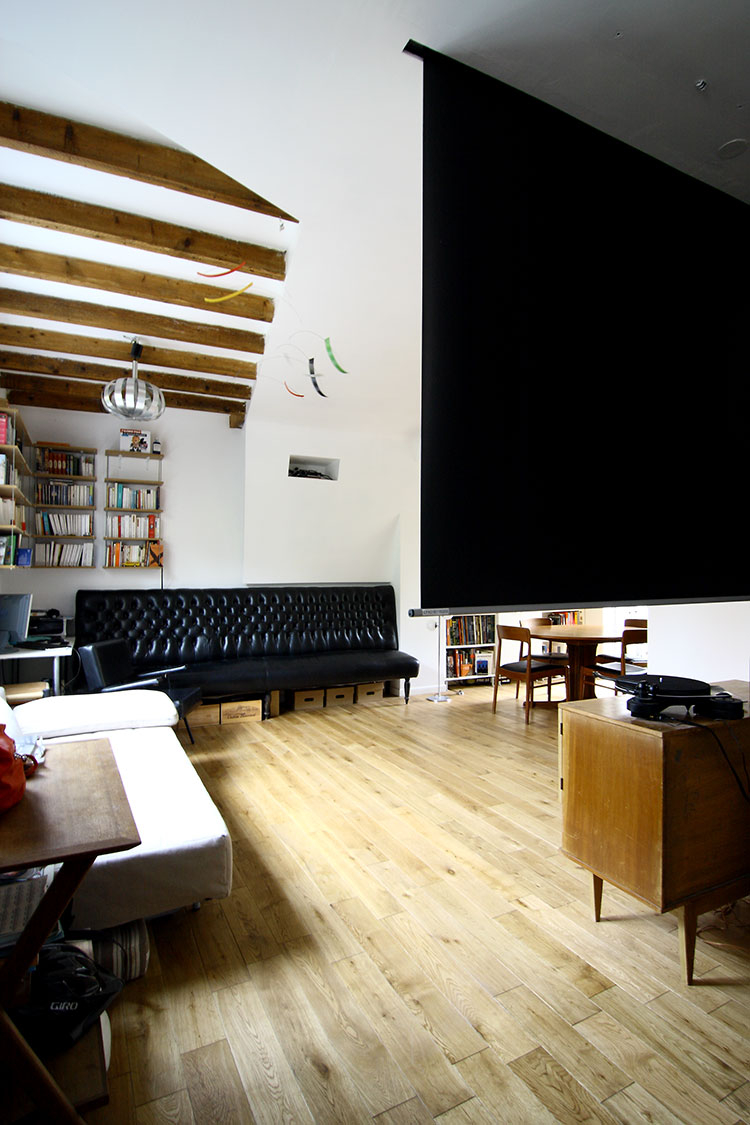 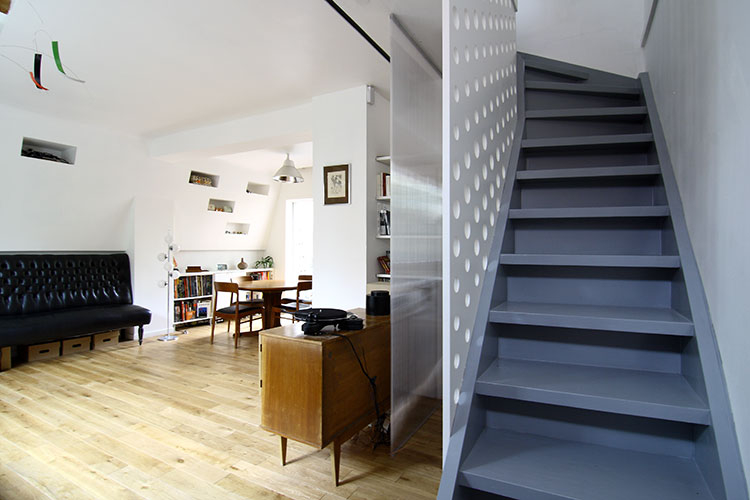 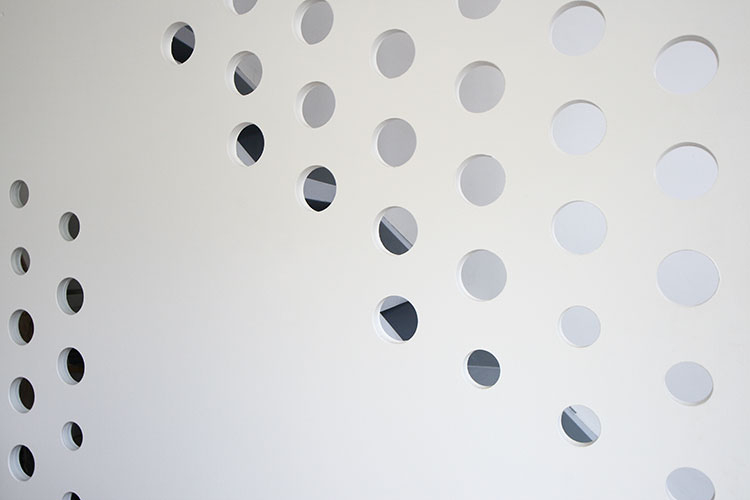 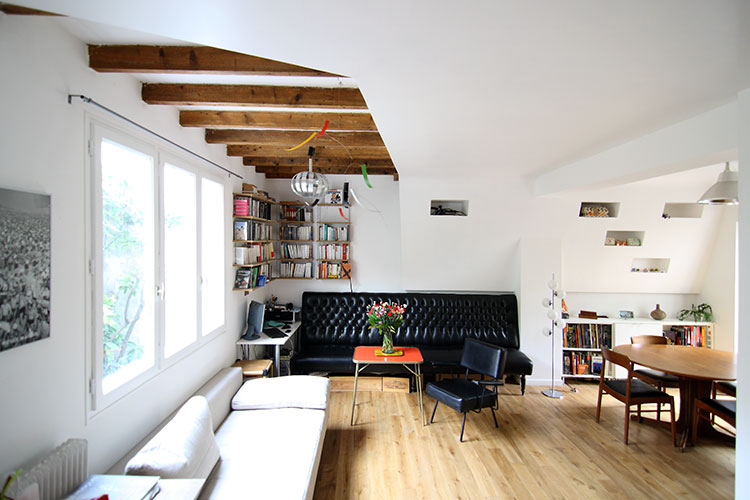 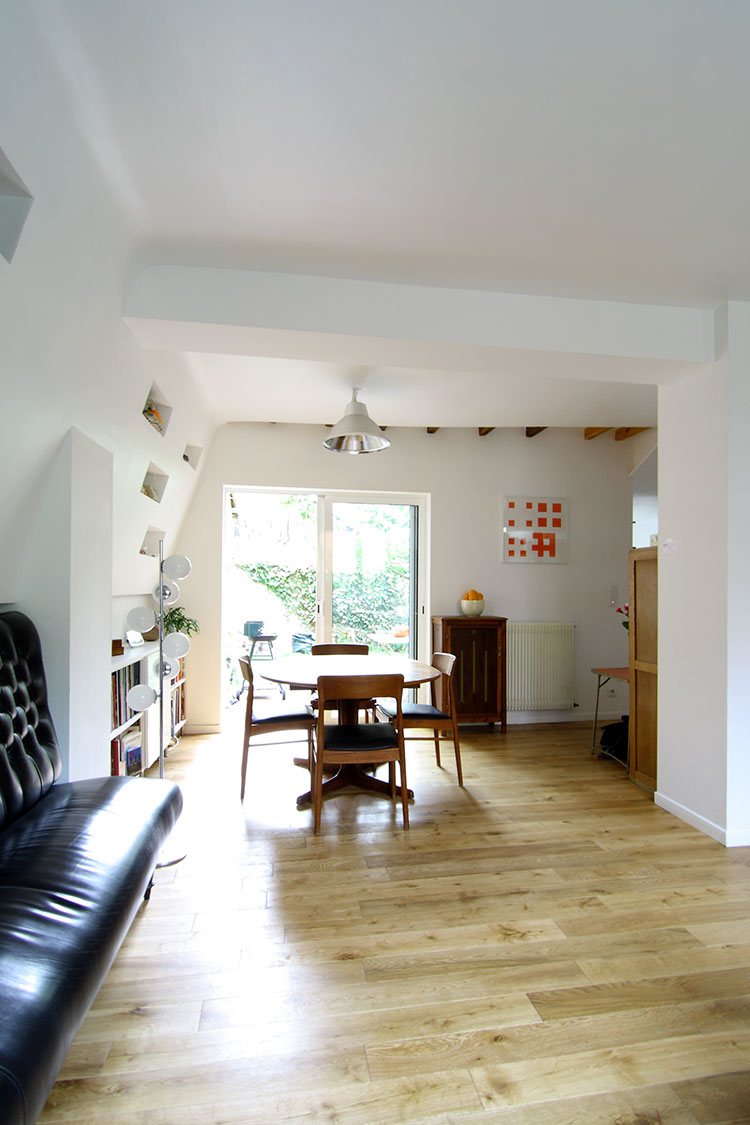 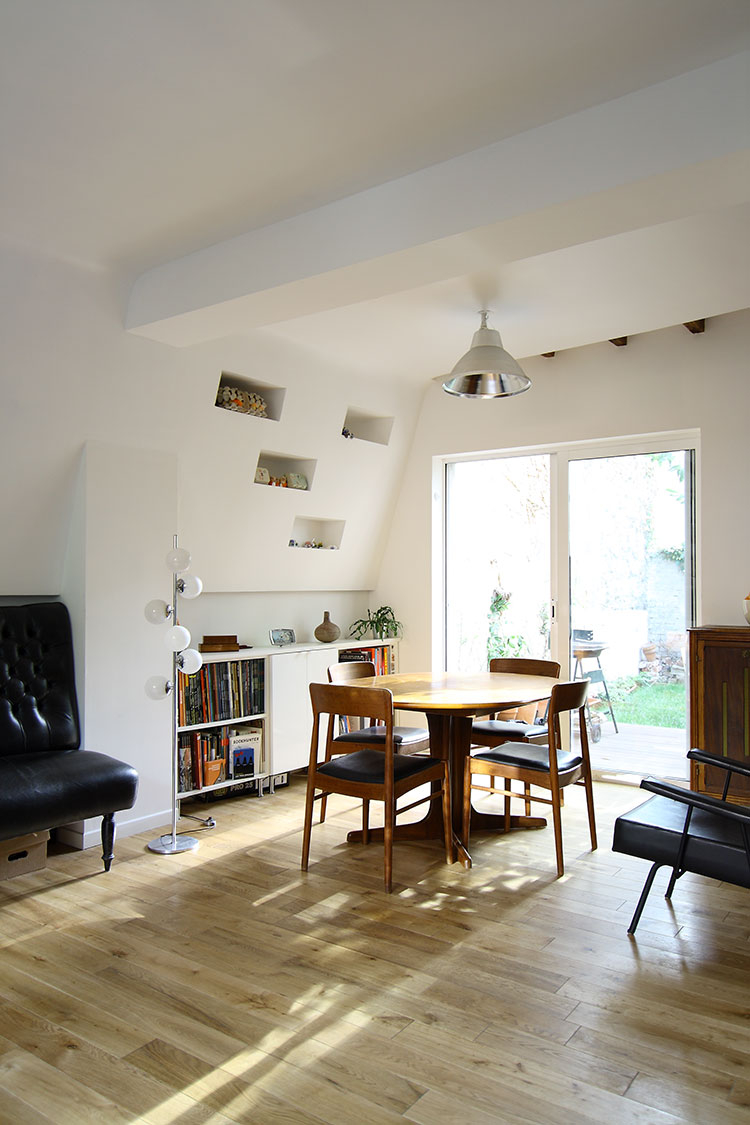 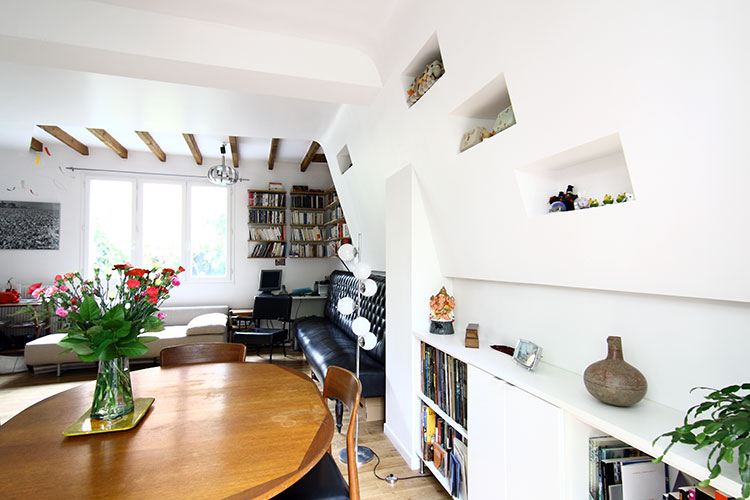 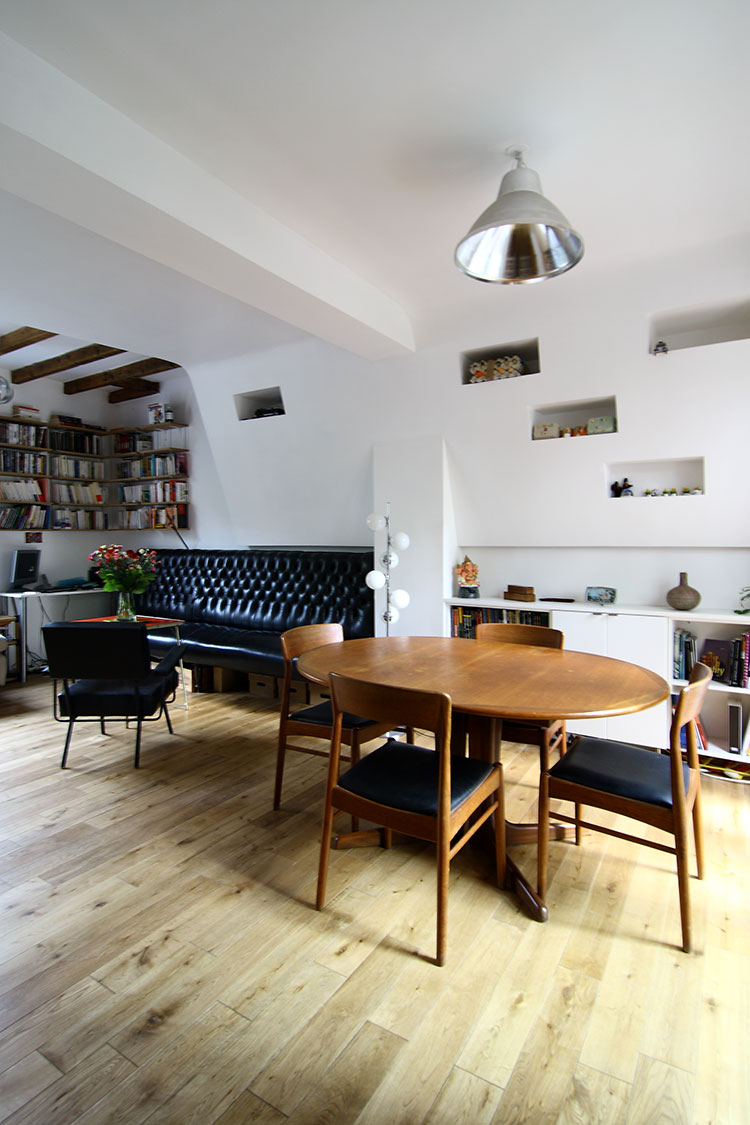 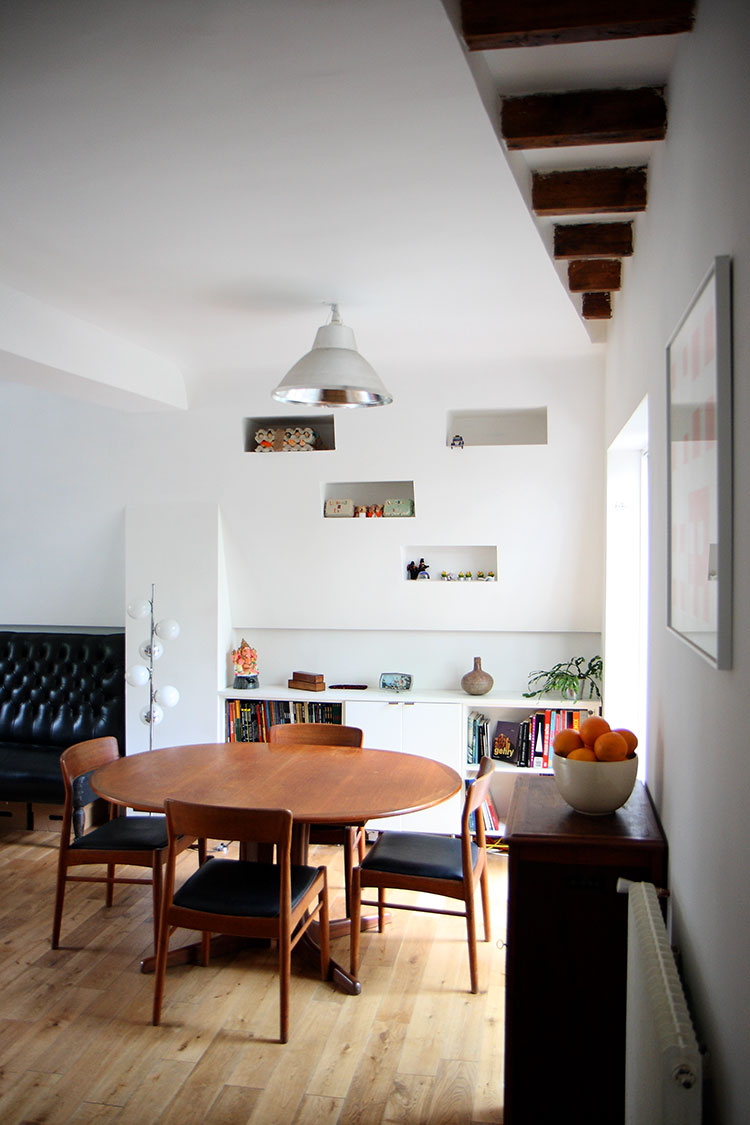 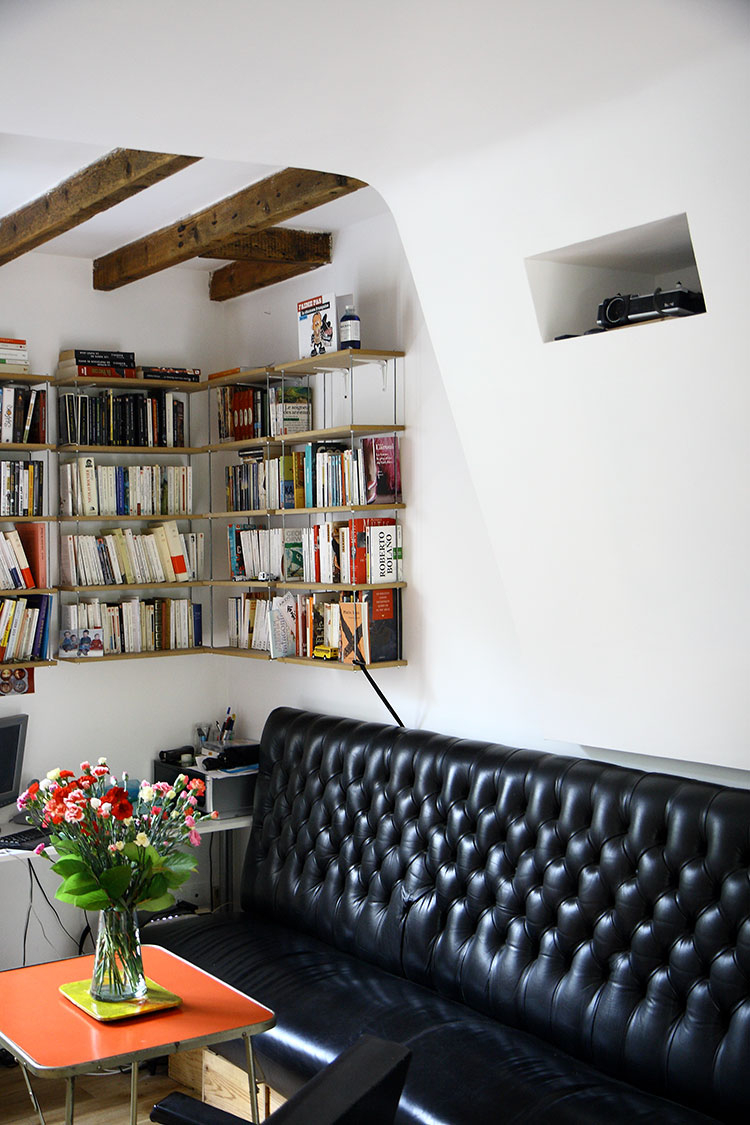 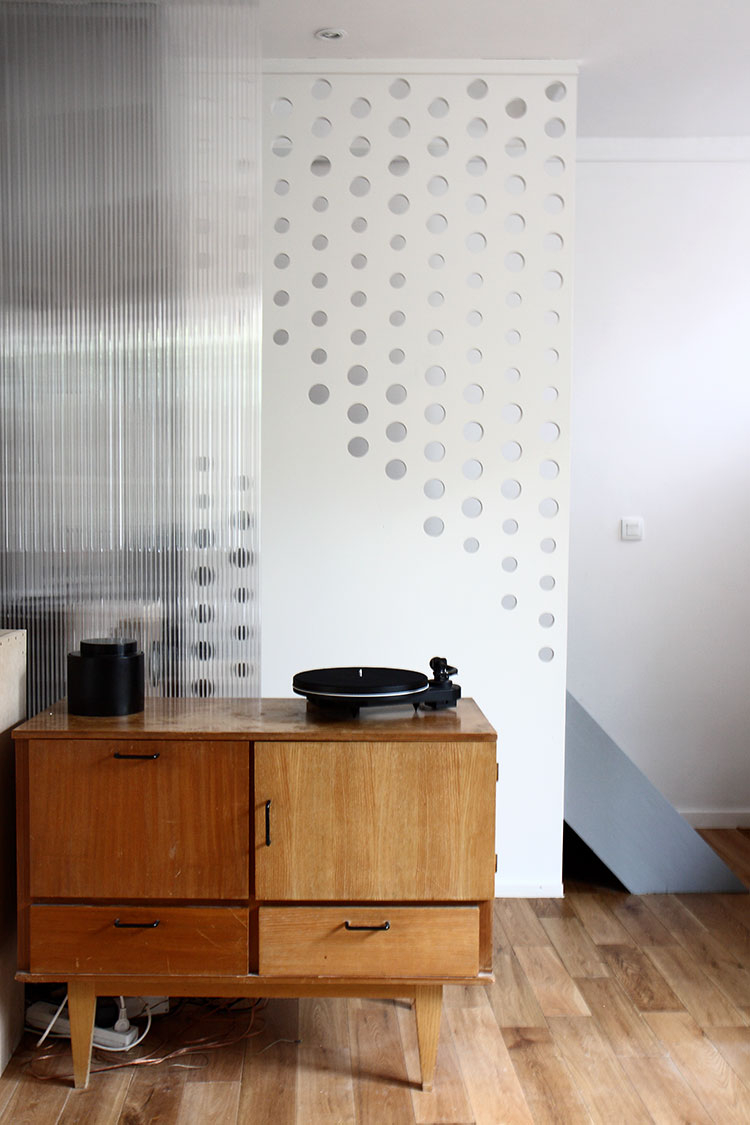 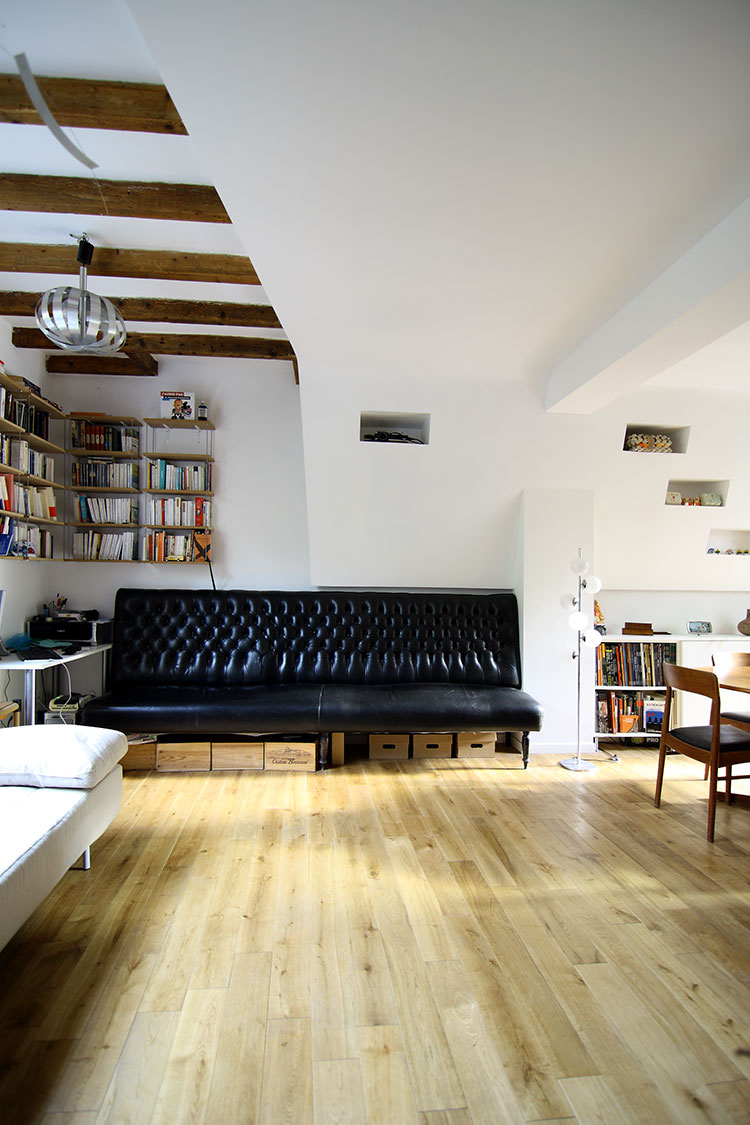 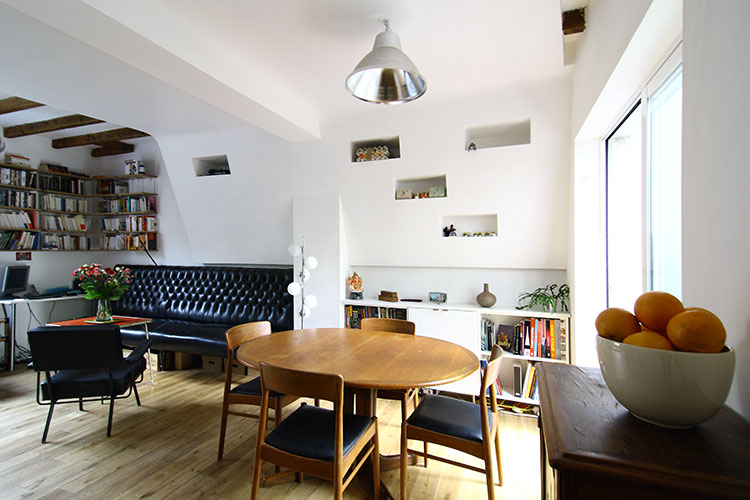 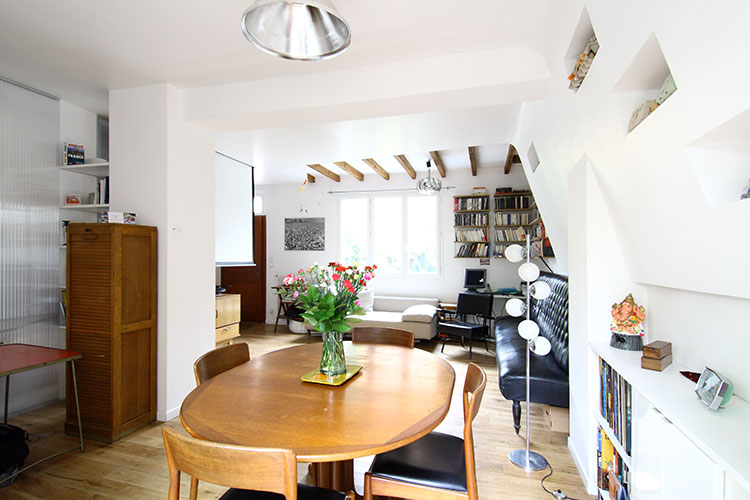 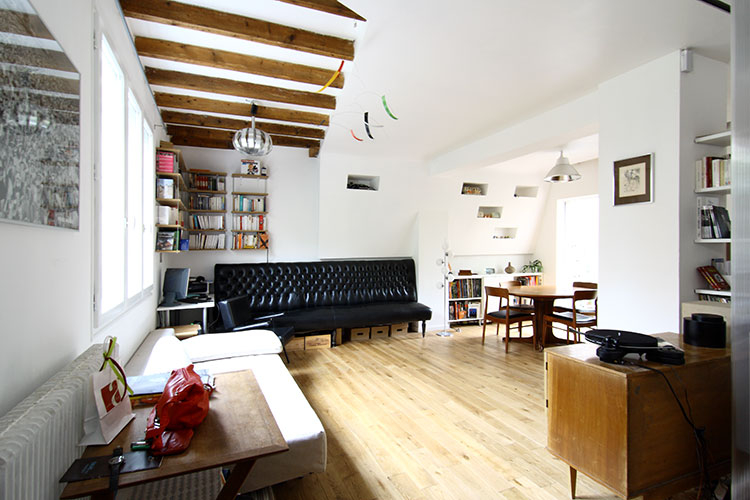 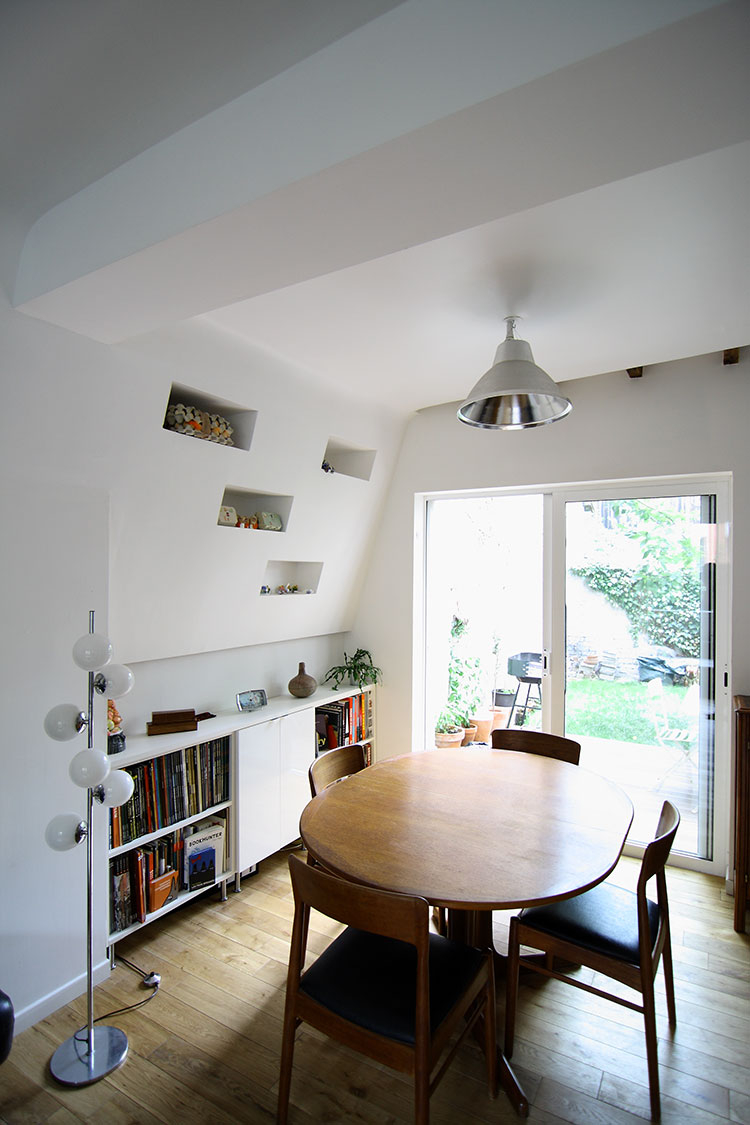