Located in the North Port area of Busan, second largest city in the Republic of Korea, the New Opera House aims to bring the new maritime culture island a landmark character both at the city scale and at the international level. Surrounded by the sea, the city buildings and the mountains, 'operascope' is conceptualized as a musical instrument and an observation machine. Dedicated to music and the seaside, the proposal is a vertical concept reaching 80 meters high and offering 360 degrees views on its surrounds. Expression of the sea sound, this sound body materializes air and water streams with its envelope. More: the glass tubes structural skin distorts and fragments the external cityscape by creating a kaleidoscopic perception of Busan. Using several thousands of pyrex tubes will offer optical and kinetic distortions of the outside reality. Operascope is an high-tech musical instrument with its instrument case used as a device to see. 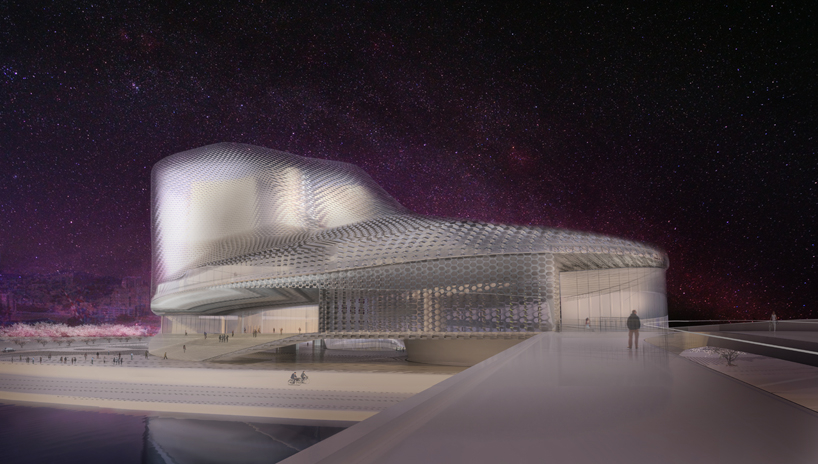 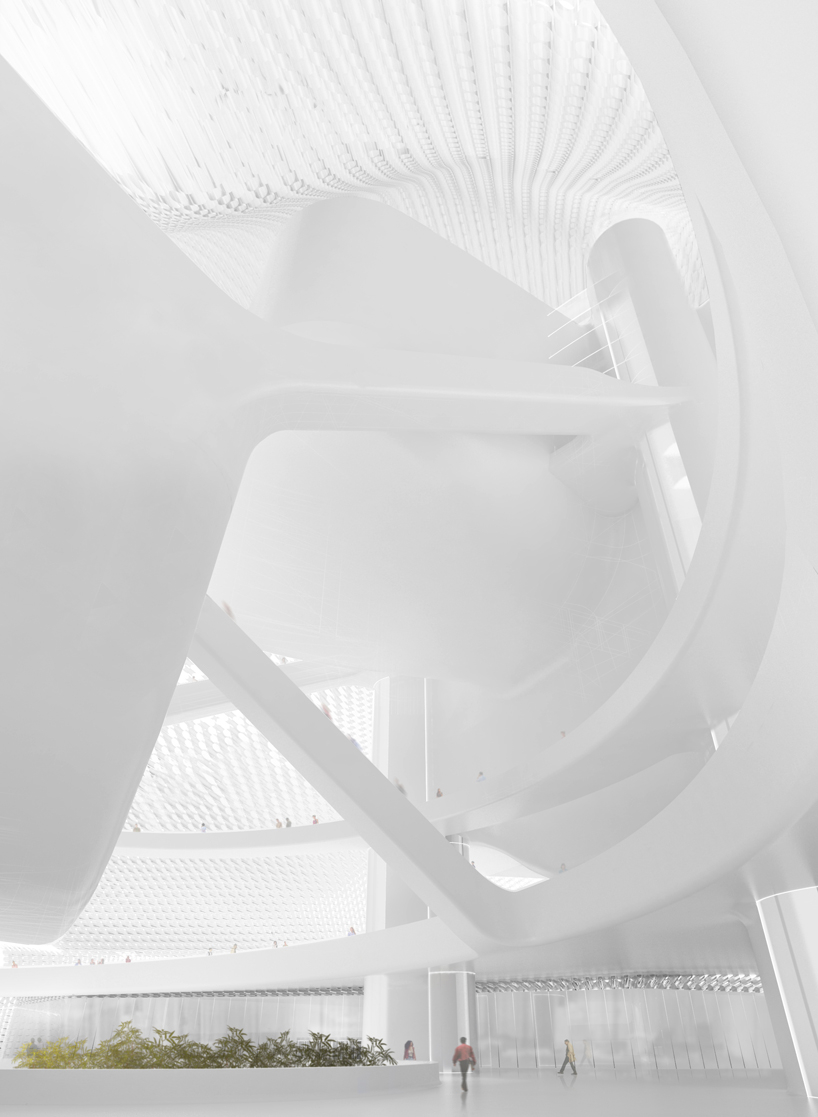 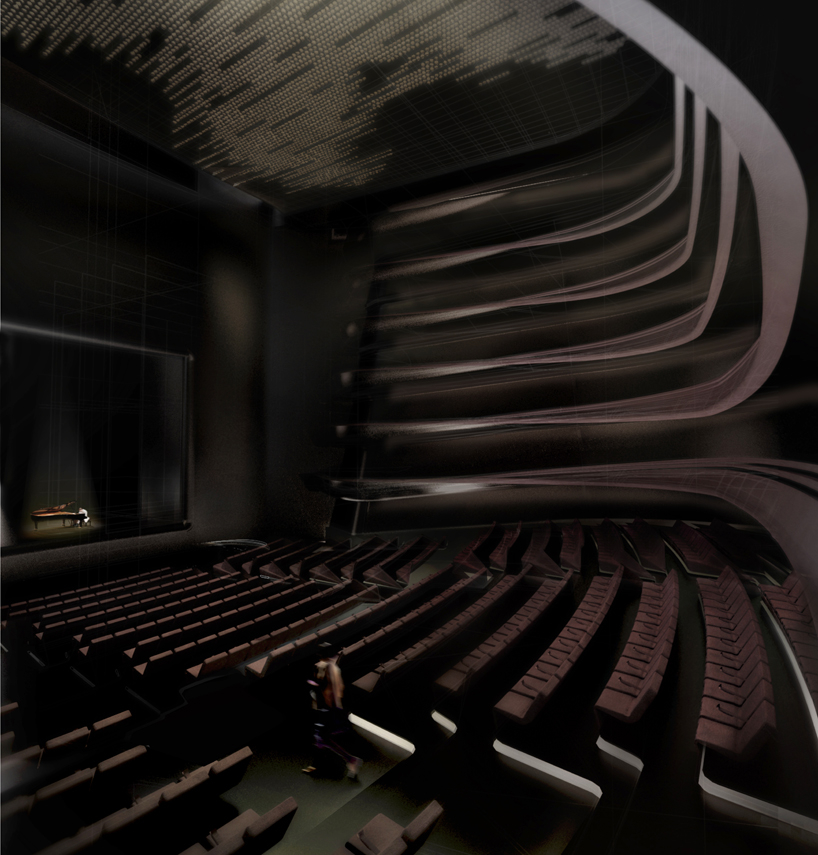 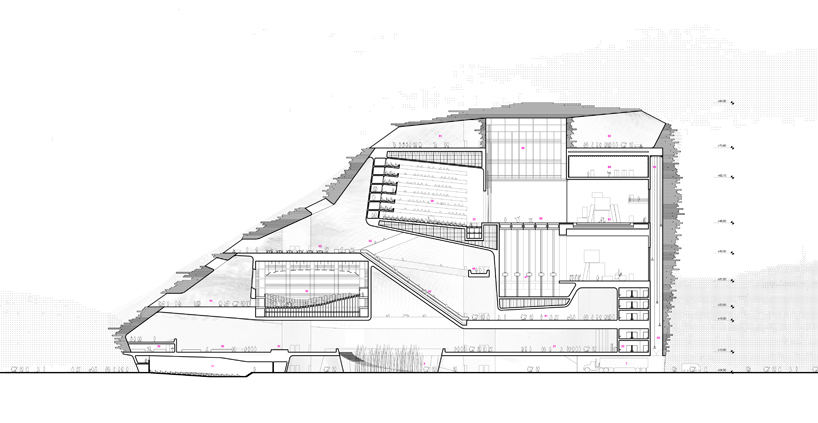